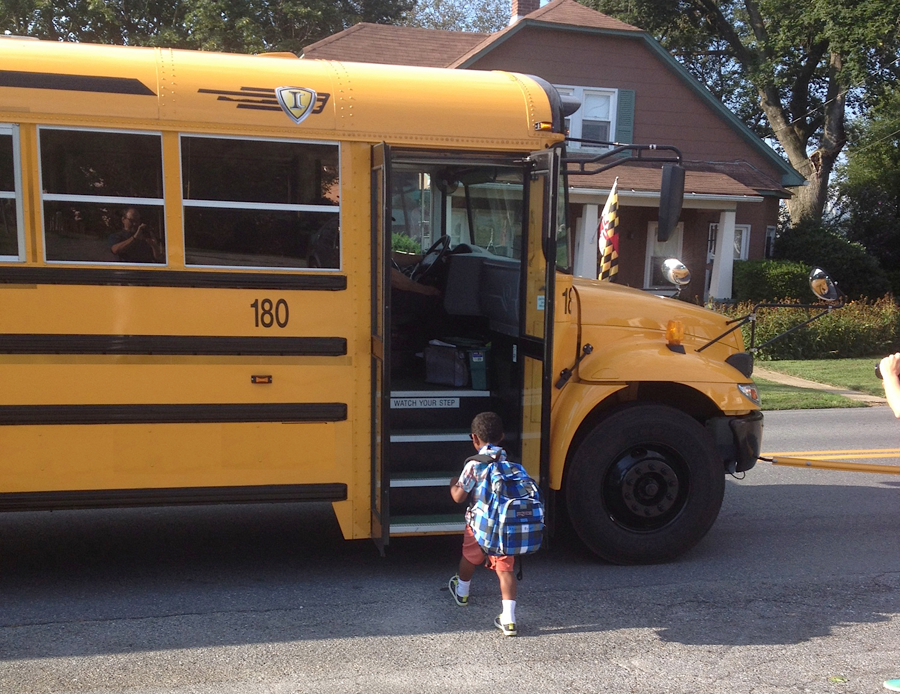 I sent my youngest off to kindergarten this week. Beyond the immediate poignancy of all that … I realized that he's stepping into a very different world than I did.

I grew up in the Midwest when it was still safe for a 5 year old to walk the three blocks to school alone. I stepped into a cultural construct that schooled me in humility. Work hard and do my duty. Have aspirations, but don't dream (or talk) too big.

There was some real goodness in certain parts of those cultural norms. Other parts, not so much, in spite of their positive intentions. Our parents’ generation, raised in the shadow of the Great Depression and both World Wars, knew all too well that life has a way of interrupting the best of dreams, and they didn't want to see their children crushed.

I'm sad to see the pendulum swing too far the other way for my boys. My youngest is stepping into a cultural context that's schooled a generation of kids to go ahead and dream big. Unfortunately, it's given every one of them - every kid on every team - a trophy. Just for showing up, even just sometimes. And then convinced them that they could be anything that they want to be.

That, of course, is a lie. If I grew up in that mindset I might well have dreamed seriously of being a pro -linebacker. Never mind I was 5'10", and 160 lbs. Or that I didn't even play football until I was junior (and sat out the whole year with broken ankle). Or that they put me on the O-line, where I was still 2 steps too slow. Getting the picture? I could be a lot of things - but there was no way I could be that thing. No matter how hard I worked or how much I dreamed.

Our good intention was that nothing would hold our kids back -- that they would overcome oppression and opposition and injustice – and in the course of doing so, change the world. Instead they've learned that the world owes them their big dream. And if they don't get it, they should find someone to sue.

I get the sense that we're finally - as a culture - starting to see through our dysfunctional ways. I wonder if that's one of the reasons Ashton Kutcher's recent speech went viral. He talked about dreaming big - "build a life" and "you can build your own thing." But he also talked about working hard - "opportunities look a lot like work" and "I never had a job I was better than." He even offered some bigger-than-me values - "be thoughtful and generous." Can you see the shift in the message?

I can't say that I agree with Ashton on everything - but I sure can appreciate his words and respect his mettle in delivering that message into that venue.

I hope to take it one step further than "work hard and dream big" for my boys. I think it starts with "be you." At this age, my youngest should dream with abandon - astronaut, firefighter, pro athlete, rock star, he can dream it all. We'll encourage him to explore and play in anything (respectable) that captures his imagination. We aren't going to give him a trophy for exploring- because he doesn't need to be the best in any of those things. We won't convince him he can be anything he wants -- but as he grows, we'll help him figure out who he is: the natural skills, talents, temperaments he's already carrying. That’s where we’re at with the older one. We’re helping him find the place where who he is intersects with what he's passionate about. There, at that intersection - that’s the place we'll encourage him to work hard and dream big.

If we can give our boys that, maybe they'll each work at being the best "them" on the planet. There's simply no one else like them out there. If they can just be the best them on the planet - I guarantee they’ll change the world!!

Headquartered in beautiful downtown Frederick, Maryland, Yakabod has been a leader in secure software development since 2001. At Yakabod, we strive to do stuff that matters. We're not here simply to do a job, we're pursuing a calling. As we continue to grow, we also have a passion to positively impact our community and our region.